How Can I Save More for Retirement?
And remember that your 401(k) is not the only place to save. Is it riddled with expensive funds and high fees? “If yes, let’s not give them any more money,” says LaPean. (You can check on Brightscope.com.) In- stead, have part of your paycheck deposited into other savings vehicles.

Low-Cost Options Drive Down 401(k) Expenses
Costs of 401(k) plans continue to fall, driven by increased use of low-cost options, according to a joint study from the Investment Company Institute and industry researcher Brightscope. 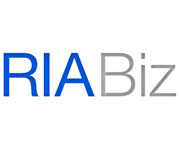 NextCapital raises $16 million as its founder goes where Financial Engines' 401(k) robo strategy didn't
Getting digital or robo advice in the 401(k) arena seems to be of paramount interest, says Mike Alfred, co-founder of BrightScope Inc. of La Jolla, Calif..

“There is this concern about not wanting to miss the boat even though folks are pretty late right now.” 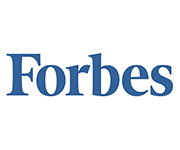 Four Things The Best 401(k)s Share
Each year, BrightScope examines more than 200 different attributes of plans with assets of more than $1 billion. They sort through options like employer contribution, fund selection and costs to come up with the 30 best plans.

The best plans make it easy for employees to make good decisions about retirement. Their matching contributions are robust and there are plenty of reasons to contribute.

30 Best Big 401(k) Plans in 2015: Brightscope
Overall, BrightScope finds that 401(k) plan quality has steadily increased. The average BrightScope rating of plans on the list is up to 88.47 compared to an average rating of 87.1 for plans on the 2011 list. 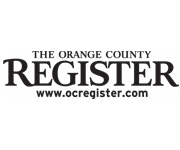 How maternity leave compares at Orange County employers
If you’re trying to background a future employer, there are plenty of websites that can assist your digging. Glassdoor features unrestrained reviews of higher-ups and working conditions. Brightscope rates corporate and government retirement plans.

Chicks, Chat and Change Blog Helps Women Tackle Their Planning Goals
This extensive use of social media has helped Zuraw grow her practice. It’s a medium she is extremely comfortable with, she says, and with which she has flourished – so much so that she made BrightScope’s list of the Top 100 Most Social Financial Advisors for 2015.

The Single-Best 401(k) Upgrade
Organize and do your research. You will want to find like-minded employees or executives who are concerned about your 401(k) plan. Form a little committee and see how your plan compares to similar plans in terms of assets and employees. See BrightScope for plan comparisons.

Fixing a broken retirement system
Utilize tools such as www.brightscope.com to verify the quality, including cost, of your plan. If your plan is rated poorly, consider only saving up to the amount of your 401(k) contribution that your company matches.

3 ways to check if your 401(k) plan is wisely managed
Yes, sector/specialty funds are likely fine if offered to sophisticated investors inside a 401(k) brokerage account, says Brooks Herman, the head of data and research at BrightScope, a San Diego-based research firm. But in the main, specialty/sector funds are probably not so prudent for the average and perhaps unsophisticated investor. 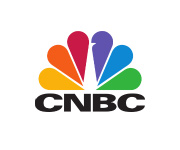 Your 401(k) may be skimping on this key investment
Target-date funds have become the retirement investment of choice for Americans in 401(k) plans. Target-date funds' autopilot approach — which automatically shifts to more conservative holdings as individuals approach retirement — are touted because they eliminate the risk that an investor, on their own, won't properly diversify.

That's led to a growth rate for target-date funds of 280 percent over the past five years, according to fund research firm BrightScope.

Why You Should Check Your 401(k) Plan’s Fees
Employees of small businesses are particularly vulnerable. While smaller 401(k) plans typically cost more to run, partly because they don’t have economies of scale, a recent report from 401(k) researcher BrightScope expressed “shock” at just how much more expensive smaller plans can be.

Decoding Your 401(k) Fees
The problem with 401(k) fees isn't just that there are a lot of them. They're also really hard to find.

If you work for a larger company, you might be able to look your plan up online using a tool like Brightscope, which rates 401(k) plans in a manner similar to the way Morningstar rates mutual funds.

Boeing settles excessive 401(k) fee case for $57 million
The cases have had a "humongous impact on reducing 401(k) fees throughout the nation," said Mike Alfred, chief executive of BrightScope, a firm that provides services for retirement savings. Every employer with a 401(k) "is watching, and wants to make sure that what happened to them (Boeing) won't happen to us."

How much money are you losing to investment fees?
Over the last few years, at least a half-dozen free services like FeeX and SigFig have emerged to help investors decipher what they're paying now in fees and even look at lower-cost alternatives. Other comparison sites include GuardVest, Personal Capital and BrightScope.

RIAs stay the course in holding Schwab to its promise of an RIA-in-charge 401(k) plan with a promising result
To be sure, there are still bugs to be worked out on the technology side of Schwab’s 401(k) reboot, now called Advisor Managed Accounts, says Mike Alfred, co-founder of BrightScope Inc.. in La Jolla, Calif.

“Think of Morningstar as a middleman between the advisor at the front-end touching the clients and recordkeeper at the back-end storing data and core platform. Morningstar sits on top of Schwab and allows the advisor to create models that can be managed over time.”

When High Fees Stink Up Your 401(k), What Can You Do?
The site BrightScope.com rates 401(k) plans on a scale of 0 to 100 at thousands of companies. BrightScope CEO Mike Alfred says if your company has a bad rating, that might get the attention of upper managers if you point it out. "You have a little more leverage as an individual if you go to the HR department and say, 'Look, I mean, this information is freely available on the Internet, and it shows that our plan is very expensive,' " Alfred says.

How Good Is Your Employer's 401(k) Plan?
Search for your company plan on BrightScope.com and compare the plan’s price and performance with those of similarly sized companies in the same industry. If your plan doesn’t measure up, present your concerns to the plan sponsor, usually someone in the human resources department. He or she has the legal duty to manage the plan responsibly, but might not even know that the plan is problematic.