Guardian 401(k) Sale Latest in Ongoing Consolidation
Technology has helped bring a number of new providers to the market in recent years, such as ForUsAll, America’s Best 401(k) and Betterment, says Brooks Herman, head of research at BrightScope. However, difficulties in building scale remain for new entrants, who often compete on price by building menus exclusively with ETFs or passively managed funds, he notes.

Widespread Retirement Anxiety Sparking 401(k) Outlash
Data from from BrightScope and the Investment Company Institute show that average total plan costs were 89 basis points in 2013, down from 102 bps in 2009. That total includes asset-based investment management fees, asset-based administrative and advice fees and other payments, as outlined in the Form 5500 and audited financial statements of 401(k) plans.

Goldman to Cut 98 More Jobs in NY
However, including cash and stable value funds, net flows during that time frame were positive at $42.6 billion, according to data from BrightScope.

401(k) Providers Can Use DOL Rule to Shift Focus Away from Fees
For years, there has been a downward trend in total plan fees, according to data from the Investment Company Institute and BrightScope. Between 2009 and 2012, average total plan fees fell from 100 basis points to 91 bps on a plan-weighted basis. However, on an asset-weighted basis, which factors in the bargaining power of larger plans, average total plan costs decreased during that time from 49 bps to 39 bps.

Women and Retirement: Making Up the Difference
Human resources managers at Blue Cross and Blue Shield of Florida Inc. noticed that participants were not taking full advantage of the company’s 401(k) plan. According to Brightscope Inc., a 401(k) financial information company, the health insurance group — better known as Florida Blue — had great participation, but contribution levels were lacking. The 7,600 participants had an average $81,000 account balance, which Brighscope ranks as average. 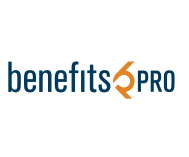 Keeping assets in plan will cost participants, says think tank
Millions of retirement savers may actually lose money by not rolling over assets from 401(k) plans to IRAs, according to research from the American Action Forum, a Washington D.C.-based nonprofit think tank. Meghan Milloy, director of financial services policy for the forum, which promotes free market solutions in the effort to reduce the federal government’s footprint, recently posted an argument showing retirement savers could collectively lose $4.2 billion each year by not rolling over assets to an IRA.

Retirement savings mistakes courtesy of John Oliver
A 2014 Center for American Progress report estimated over a career, high fees could cost you a six-figure sum and shave off 20 percent or more off your savings balance. Check BrightScope.com to see how your plan's fees stack up , and if the results are bad, consider saving outside your workplace plan.

Socially responsible funds can give your 401(k) a conscience
Is it really an SRI fund? Your first order of business: Determine whether the SRI fund is really an SRI fund. Unfortunately, that’s not easy. “Basically, there is no ‘SRI flag’ that funds have to fly to indicate whether they are SRI or not,” says Brooks Herman, head of research for BrightScope in San Diego. “So there are a lot of personal judgment calls and digging through fund prospectuses when looking at the list.”

Businesses Fight for Their Right to a Lousy Retirement Plan
While the average small 401(k) pays annual fees of 1.5 percent to 2 percent of its assets, data from BrightScope show that some small plans pay less than 0.5 percent a year and others pay more than 3 percent or even 4 percent. Even a fee of a couple of percentage points “makes investing prohibitively expensive,” BrightScope President Ryan Alfred warns. “The sheer number of plans paying north of 2 percent a year in fees was shocking to us.”

Hartford to Pick Up Schroders Retail Funds
Schroders, which manages about $3.25 billion in mutual fund assets, saw more than $178 million in net outflows from its U.S. mutual funds during the 12-month period ended April 30, according to data from BrightScope.

403(b) Consolidations Favor TIAA, Vanguard, Fidelity
Assets across the fund family snowballed from $17.5 billion in 2009 to $120.6 billion as of the end of April, according to data from BrightScope. The plans have also swapped out annuities for mutual funds as investments. In 2013, mutual funds held an average of 49% of 403(b) plan assets, up from 47% in 2012, according to the ICI and BrightScope report. As in the 401(k) market, fees within the 403(b) market have decreased. Total plan fees, on an asset-weighted basis, fell from 59 basis points in 2009 to 53 bps in 2013, according to data from ICI and BrightScope. “Vanguard is King Kong right now. Everyone loves them and is scared of them, because they’re sucking up all the assets,” says Brooks Herman, head of data and research at BrightScope. “They’re going to have the wind blowing at their backs with the [increased] index funds flows.” “We are still waiting for someone to really figure that out,” Herman says, of in-plan retirement income products. “The DC market is great at accumulating assets…. But actually trying to decumulate that, and annuitize that when you retire, is difficult.”

403(b)s looking more like 401(k)s
The study from BrightScope and the Investment Company Institute (ICI), the “BrightScope/ICI Defined Contribution Plan Profile: A Close Look at ERISA 403(b) Plans, 2013,” analyzes 403(b) plans covered by the Employee Retirement Income Security Act of 1974 (ERISA) that had 100 participants or more and at least $1 million in plan assets. 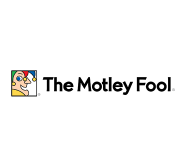 Fidelity Sued Over 'Pay-to-Play' Deal With Financial Engines
Delta’s plan represented more than $7.8 billion and 80,000 participants at the end of 2014, according to data compiled by BrightScope. The investment analytics and plan ratings company gave Delta’s 401(k) a rating of 77 out of 100, at least several points higher than the ratings of the six other companies in its peer group.

403(b) Plan Costs Trending Down
Total Employee Retirement Income Security Act (ERISA) 403(b) plan costs—which includes administrative, advice, fees from Form 5500 filings, and asset-based investment management fees—have decreased since 2009, according to a BrightScope/Investment Company Institute (ICI) examination of ERISA 403(b) plans with at least $1 million in assets that filed audited Form 5500 reports with the U.S. Department of Labor.

More 401(k) Sponsors Switching Providers to Cut Costs
Among other plans whose business the company recently won, Edmund Murphy, president of Empower, cites the $1.5 billion Staples 401(k) as an example. Previously, New York Life was the plan recordkeeper, according to data from BrightScope.

M&T 401(k) Case Could Test Tibble Ruling
The M&T plan represented more than $1.9 billion in assets among about 15,600 participants as of Dec. 31, 2014, according to Department of Labor data aggregated by BrightScope. Based on the 2014 data, BrightScope gave the plan a rating of 76 out of 100, slightly above average for the plan’s size. The ratings company gave the plan good marks for having low fees, high company contributions and high account balances.

5 Ways You Can Cut Your 401(k) Fees
How do your 401(k) plan fees compare with what others are paying? While the average participant was in a 401(k) plan with a total plan cost of 0.58% of assets in 2013—down from 0.65% in 2009—those in smaller plans typically pay higher fees, while those in larger plans typically pay less. According to BrightScope Inc., plans with $1 million to $10 million in assets had an average total cost of 1.17% of assets in 2013. In contrast, those in plans with more than $1 billion in assets had an average cost of 0.29%.

401(k) Fees, Already Low, Are Heading Lower
The 401(k)-style plans have boomed over the past several decades, as many employers have done away with traditional pension plans. Assets in 401(k) plans rose to $4.5 trillion in the third quarter of 2015 from $2.7 trillion in 2009, data from BrightScope and the Investment Company Institute show.