There’s been a lot of retirement talk in the media recently, stemming from President Obama’s roll out of hisMyRA plan in the recent State of the Union address. Jason Zweig had a good piece over the weekend on how to determine what you need to save, and there’s some good insight over at Quartz today on our potential 401k problem.

Essentially what we’re struggling with – something I encounter almost daily – is how the shift from employer sponsored pension plans (defined benefit) to employer sponsored savings plans like the 401k (defined contribution) is working to secure future retirements, and whether it is at all.  As the Quartz article I linked to indicates:

There’s just one little problem: For all the big changes that section 401(k) wrought on American society, more than half of US retirees’ haven’t saved enough to continue their normal lifestyle when they’re done working, even with Social Security’s public pension payments.

I’m 31, and I focus pretty heavily on how I’m going to attain retirement because I’m faced with the reality of it every day. I’ve done the planning for my family and I know what it’s going to take, and it’s scary even though I have almost 30 years to save. However, I take for granted that this is not something most people focus on, or want to discuss after a long day of work. Nor is it a topic that’s made it’s way significantly enough into our public discourse. I’ve found there is still a “pension mindset” in many cases even where a pension does not exist. We also know that Financial Literacy in our education system is pretty non-existent. How are you supposed to knowhow it all works and what you need to save?

The biggest threat to our savings is inflation, so you need to keep your earnings and/or savings growing at a rate which outpaces it. Inflation is also why you need to take a hard look at your retirement plan, to make sure you can one day reach financial independence and generate income for yourself from what you’ve saved. Assume your family currently makes 100k per year, and you’d like to come pretty close to that in retirement, let’s say $80,000. Assuming 3% average annual inflation, do you know what $80,000 in today’s dollars is in 30 years?Roughly $194,000.  So your target income is no longer 80k, it’s 194k. Now, do you know what type of savings you’ll need to generate 194k in annual interest? About $4,850,000 assuming a 4% distribution rate (meaning you take 4% annually out of your portfolio annually as your source of income). This is very basic “back of the napkin” math, and doesn’t account for many variables such as social security, market fluctuation and the fact that a 4% return for distribution is not guaranteed.

That probably comes off as a pretty scary number, and it is. The average person likely doesn’t see themselves as a future multi-millionaire but the truth is they’re going to have to be if they ever want to stop working. This mentality is what’s missing from our current equation. People can debate all they want about whether the MyRA plan helps our retirement problem, but I think it’s missing the point. It’s a band-aid on a much bigger problem, which is that this mentality is never taught and most people have no concrete idea of what they’re saving for or any idea of what they need to save. Additionally, the evidence shows that poor investment choices and high fees inside 401k plans severely inhibit the likelihood of reaching the returns necessary to secure those numbers.

Scarier yet, my illustration above assumes you have 30 years until retirement. This is a huge luxury. I’d estimate through my experiences that most people don’t start looking at the hard facts and numbers until a much, much later date when they have only a handful of years until they want to retire. This is a huge problem that could have serious consequences as future generations eventually realize they need to be self-sufficient but lack the education to achieve it.

Reed Bermingham is a financial advisor located at Manning Wealth Management: 2550 Fifth Avenue, Suite 800 San Diego, CA 92103. He is a registered representative and investment adviser representative of and offers securities through Commonwealth Financial Network, Member FINRA/SIPC, a Registered Investment Adviser. He also offers advisory services as an investment adviser representative of Manning Wealth Management, Inc., ad Registered Investment Adviser, which are separate and unrelated to Commonwealth. He can be reached at 619.237.9977 or at reed@manningwm.com 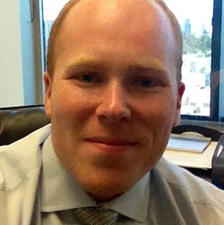