Welcome to the next installment in our series of Alliant Wealth Advisor's Evidence-Based Investment Insights: Ignoring the Siren Song of Daily Market Pricing.

In our last piece, "You, the Market and the Prices You Pay," we explored how group intelligence governs relatively efficient markets (as well as jelly bean jars) in an imperfect world. Today, let's look at how stock prices are set moving forward. This, too, helps us understand how to play with rather than against the wisdom of the market, as you seek to buy low and sell high.

What causes market prices to change? It begins with the never-ending stream of news informing us of the good, bad and ugly events that are forever taking place. For example, when there are reports that a fungicide is attacking Florida trees, orange juice futures may soar, as the market predicts that there's going to be less supply than demand.

But what does this mean to you and your investment portfolio? Should you buy, sell or hold tight? Before the news tempts you to jump into or flee from breaking trends, it's critical to be aware of the evidence that tells us the most important thing of all: You cannot expect to consistently improve your outcomes by reacting to breaking news.

How the market adjusts its pricing is why there's not much you can do in reaction to breaking news. There are two principles to bear in mind here.

First, it's not the news itself; it's whether we saw it coming. When a security's price changes, it's not whether something good or bad has happened. It's whether the next piece of good or bad news is better or worse than expected. If it's reported that the aforementioned orange tree disease is continuing to spread, pricing changes may be minimal; everyone was already expecting doom and gloom. On the other hand, if an ingenious new fungicidal treatment is released, prices may change dramatically in reaction to the unexpected resolution.

Thus, it's not just news, but unexpected news that alters future pricing. By definition, the unexpected is impossible to predict, as is how dramatically (or not) the market will respond to it. Once again, group intelligence gets in the way of those who might still believe that they can outwit others by consistently forecasting future prices.

The second reason to consider breaking news irrelevant to your investing is what we'll call "The Barn Door Principle." By the time you hear the news, the market already has incorporated it into existing prices, well ahead of your ability to do anything about it. The proverbial horses have already galloped past your open trading door.

This is especially so in today's micro-second electronic trading world. In his article, "The impact of news events on market prices," CBS MoneyWatch columnist Larry Swedroe explored how fast global markets respond to breaking news. Pointing to evidence from a number of studies among several developed markets, the universal response was nearly instantaneous price-setting during the first handful of post-announcement trades. In the U.S. markets, it was even faster than that.

In other words, unless you happen be among the very first to respond to breaking news (competing, mind you, against automated traders who often respond in fractions of milliseconds), you're setting yourself up to buy higher or sell lower than those who already have set new prices based on the news – exactly the opposite of your goal.

Rather than try to play an expensive game based on ever-changing information and cut-throat competition over which you have no control, a preferred way to position your life savings is according to a number of market factors that you can better expect to manage in your favor. In future Evidence-Based Investment Insights, we'll introduce these factors to you.

But first, you may be wondering: Even if you aren't personally up to the challenge of competing against the market, you may think you can select a pinch-hitting expert to compete for you. Next up, we'll explore the strikes against that tactic as well. 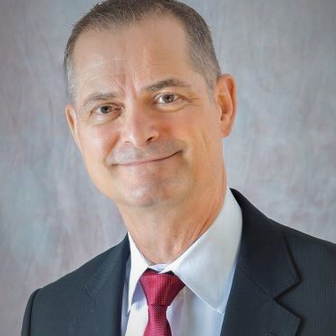