Either type or paste your guide content into this box.

An increasing amount of investors are utilizing target-date funds in their private investment accounts and employer retirement plans. In theory, an individual should select a target-date fund that matches their estimated year of retirement, such as the Vanguard Target Retirement 2015, or Fidelity Freedom 2020 fund. The philosophy of these funds is that as one ages, the proportion of stocks in their portfolio should decline, while their exposure to less volatile fixed-income positions increases.
While I agree with the concept that investors should continually make their portfolios less assertive as they age, there are two concerns I have about utilizing these funds. First and most obviously, an appropriate asset allocation for an individual investor as they enter retirement is dependent on their risk tolerance and is best not left to generalizations. At retirement, an aggressive investor may be comfortable holding a portfolio that is 70 percent stocks while a more conservative investor may not be able to tolerate the volatility that accompanies a portfolio that has any more than 40 percent exposure to equities. Of course, assuming these two investors retired around the same time, a target-date fund would place both in a one-size-fits-all asset mix.
Perhaps less obvious but equally important is the fact that an asset allocation is better designed around when the investor will need the money as opposed to when they will retire. Consider two employees who are retiring in 2015, and consequently, are invested in the Fidelity Freedom 2015 target-date fund (which is quite conservative – only 45 percent stocks and a 55 percent mix of bonds and cash).
One of these employees will be taking an early retirement at age 57, and won’t be allowed to draw a Social Security benefit for at least five years. As a result, this individual will need to draw a large amount of funds from his retirement account in order to pay for the first several years of retirement. The worst thing that could happen to a retiree is to endure a market crash shortly after leaving the workforce and suffer an excessive loss right as the funds are needed. In such a case, the investor wouldn’t have time to wait for the market to recover and would be forced to sell at a loss. If money will need to be withdrawn sooner rather than later, sound financial planning says it should be invested in a conservative portfolio that is likely to limit loss, potentially similar to what the Fidelity Freedom 2015 fund provides.
Now consider that the second employee invested in the Fidelity Freedom 2015 fund is age 67, will immediately be receiving a full Social Security benefit when he retires, and has a healthy pension from his employer. With two significant sources of income immediately upon leaving the workforce, this employee may not need to withdraw meaningful assets from his investment portfolio during the early years of his retirement. With a longer investment time frame, a more assertive portfolio is likely appropriate for this investor as he can afford to endure a full market cycle of pullbacks and advances while attempting to achieve superior gains.
Hopefully this example illustrates the importance of considering other potential income sources and the timing of your expenses during retirement rather than simply treating target-date funds as your entire asset base. While the theory of target-date funds is sound, other factors should be considered before utilizing them as a significant portion of your investment nest egg. 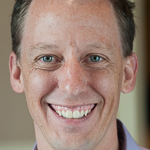