Do you love someone or at least care enough to not be a financial burden?  Have you sat down with someone to discuss why life insurance is often the best asset to leave family and others?  Do you know how much is enough?  Have you reviewed the amount in light of other financial hardships and pull backs in the other financial markets? If your beneficiaries are minors have you selected a guardian to oversee and manage legal and financial issues in the event you die prematurely?

Did you Know? According to Life Insurance Research Marketing Association the average American household with Life Insurance has on 3.6 years of income.  And beneficiaries have only 64% of their income replaced in the event of death of the primary breadwinner. 67% of the people LIMRA studied said that their loved ones would struggle financially should they die prematurely.

How much are taxes going up if Medicare is to get properly funded?  According to National Center for Policy Analysis at www.ncpa.org they show taxes will need to increase for those currently in the 10% bracket to 26% tax rate and those in 25% bracket to 66% and those in the 35% bracket will need to rise to 92%.  With national debt approaching $15 Trillion the estimation is tax adjustment would need to increase to these levels.

There was a significant white paper or executive summary by Ernst & Young in July 2008 titled "Retirement vulnerability of new retirees: The likelihood of outliving their assets."  There are numerous charts and facts laid out spelling out that three out of five middle-class new retirees can expect to outlive their financial assets if they attempt to maintain their current pre-retirement standard of living.  To avoid outliving their assets, middle class retirees will have to reduce their standard of living by 24 percent. This 22 page report is worth a look.

Did you know some of the first insurance policies were instituted by the Vikings?  As they went off to war on the high seas the village people would pull together and create a pool of funds to take care of the families that lost their head of house.  So if a bunch of sea faring war mongers and uneducated villagers can care enough for their families and taking care of those left behind why are we procrastinating the purchase of life insurance? Reviewing what you have with a professional does matter. Love to hear your thoughts on the Vikings? 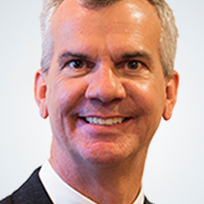 Insurance
Life Insurance Awareness Month
Kimberly Curtis
Insurance
Your Company Health Insurance and You
Neal A. Deutsch, CFP
Insurance
What is the difference between a fee and fee sprea...
Scott Thomas
See more