Home>Financial Articles and Q&A>Articles>Why Don't Trees Grow To the Sky?

Why Don't Trees Grow To the Sky?

The tallest coastal redwood tree is as high as a thirty-seven story building. It stands in a secret location somewhere in Humboldt Redwoods State Park, and is estimated (according to Wikipedia) to be 700 to 800 years old.

Will this tree grow to the sky? After all, if past performance continues and guarantees future results, the tree will grow another fifty feet or so each century. In about one hundred centuries, the tree should be one mile high, mesmerizing our distant descendants.

Back to reality. We all know that trees don't grow forever. (There's something called the theory of hydraulic limitation, which says that at some point, it's impossible for the tree to have enough internal pressure to pull water from the roots to the top of the tree, limiting its growth.)

But many people think that certain investments, at certain times, will grow forever. There's an excellent book by Charles MacKay (link: http://www.amazon.com/Extraordinary-Popular-Delusions-Madness-Crowds/dp/1604594411/ref=sr_1_1?s=books&ie=UTF8&qid=1361388359&sr=1-1&keywords=tulip+mania+delusion+crowds) that discusses financial delusions and follies over the last few centuries.

A famous example is "Tulip Mania" in the Netherlands in the 1630s. Tulips became the hot luxury item, so everyone "had" to have one, and because of limited supply (they originally came from Turkey), their value soared. Savvy investors saw the demand and subsequent price spikes, and ordered as many as could be obtained. (According to Wikipedia, tulips take seven to twelve years to mature, so they couldn't be grown to meet demand.)  Other people saw the savvy investors making money, so they piled in as well. They "knew" it was a sure thing, and that tulip prices was continuously rise.

At one point (according to MacKay's book), a tulip bulb cost ten years' worth of skilled craftsmen's wages. One tulip was traded for twelve acres of land. Some bulbs were traded ten times a day by speculators.

In February 1637, the tulip market collapsed. Buyers vanished, and within a few days, prices dropped by 99%. Tulip selling, the Netherlands' fourth largest export, disappeared. (To get an idea how bad this was: America's fourth largest export is automobiles. Imagine our economy without those jobs.)

It's easy to look back four hundred years and scoff about Tulip Mania. We would never be so deluded, right?

Unfortunately, one of the themes in MacKay's book is that human nature doesn't change that much over time. Consider the last thirty years: we've seen wild price swings in high-yield ("junk") bonds in the mid- and late-1980s; emerging markets bonds in the early- and mid-1990s (culminating in the "Tequila Crisis" and the "Russian Flu"); technology stocks ("dot-coms") in the late 1990s and early 2000s; and real estate in the mid- and late 2000s.

I've been helping clients since 1990, and I remember investors in all these cases (except for junk bonds, I was still in college) touting these "can't miss" assets. For example, I taught many classes in the Bay Area in the late 1990s, and in almost every class, I'd hear the following scenario. A student, feeling particularly clever, would announce that he (it was usually a he) had maxed out his credit card, withdrawn as much cash as possible, and day-traded tech stocks. To him, the 20% interest charges paled compared to his return in the stock market. I never quite understood why these particular students took my classes, if they were making such a killing on their own. Nevertheless, we all know how these stories ended.

My point in all this is to be careful. Consider the hot investments over the past couple of years: gold, silver, Apple stock, high-yield bonds (again! Everything is cyclical), emerging markets bonds, U.S. government bonds, anything paying a high rate of interest, anything leveraged, etc. I have no idea how these investments will perform in the future. But the historical pattern tells me to watch out for overly-popular assets. It's a cliche, but it's true: past performance does not guarantee future results, and trees do not grow to the sky. 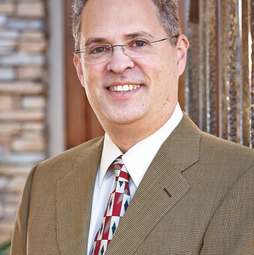 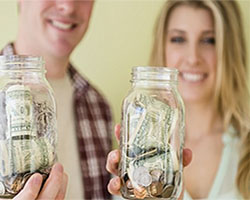