The New Staple In Your Retirement Plan

"The single best gift Congress has ever presented the American taxpayer.” “Anyone eligible to start one, should do so now!” “There is nothing more to analyze, it works.”
—”The Retirement Savings Time Bomb,” by IRA expert Ed Slott

I bet you are all wondering what “it” is that has earned all of that praise from one of the country’s most respected minds on retirement planning strategies, such as Ed Slott.

When I explain the concept, especially to young people, I tell them to imagine a Roth IRA as a snowball rolling down a hill. Although the snowball starts small, with plenty of time and space to roll, the more it grows exponentially. Similarly, a Roth IRA may start with a small contribution, but, with time, can grow significantly. But, the beauty in a Roth IRA lies not only in its compounding growth, but in its ability to grow tax-free, as opposed to a traditional IRA, that grows tax-deferred. In other words, with a traditional IRA, taxes do not need to be paid until a later date, but they are paid on a larger snowball. I stress that the earlier you start saving in a Roth IRA, the longer their snowballs will roll and grow.

Despite all the benefits of a Roth IRA, however, in my private practice I find that there are still people paralyzed by the idea of opening one, trying to figure out just what the deal is. Are they too good to be true? Are they a tax trap? Are they here to stay?

I want you, Matt Chancey's Blog readers, to have the biggest snowball possible, so we’re going to cut right to the chase with Roth IRAs, to clear up the confusion and answer the questions around them, once and for all.

The principal thing that people generally understand about Roth IRAs is that contributions to them are made after taxes. In other words, the contributions are not deductible. I find that most people have had it pounded into their heads that tax deferral is their best friend. But think of it this way. If you have a small bag of seeds that you plan to plant in a field, would you rather pay taxes on that small bag of seeds now? Or would you rather plant them, have them grow into a field of wheat, and then have to pay taxes on the entire harvest? Well, paying taxes on the contributions to a Roth IRA, especially if you are young and in a lower tax bracket, is probably better than paying taxes on the distributions from a traditional IRA.

Another thing I often hear is that Roth IRAs are too complicated, with too many rules and too many penalties. So, let me run through them. There are contribution limits, $5,500 each year to the extent of earned income (increasing to $6,500 starting at age 50), as long as your Adjusted Gross Income is under $116,000 as a single taxpayer, or $183,000 as a married couple, filing jointly. At age 59 1/2 a Roth IRA owner can start withdrawing funds from it without penalty if it has been a minimum of five years since making the first contribution.

Yes, there are a lot of numbers and a lot of rules. The IRS wants to make sure we do not abuse the tax advantages it is giving us. But the benefit is this, all the distributions are tax-free and penalty-free, as long as the rules outlined above are followed.

Nevertheless, one of the biggest concerns about a retirement account, especially for young people, is the fear that the money will be tied up, and won’t be accessible for things like a down payment on a house, or if an emergency arises. But a Roth IRA actually is beneficial in such situations. Yes, I did just say that withdrawals should not be taken before age 59 1/2, and that’s a good rule of thumb. But the penalties imposed for withdrawals before age 59 1/2 are only imposed on any earnings. Contributions can be withdrawn, at any time, for any reason, without having to pay a penalty.

Understandably, most of us question anything that looks like a tax gift from what I refer to as the Washington Wizards in Congress. This leaves a lot of people thinking that this Roth IRA thing must be a temporary loophole; that Uncle Sam must not know about this yet, that it can’t last. But the truth is, with the market dipping and diving, with pensions going by the wayside and the Social Security program at its breaking point, Roth IRAs should be considered as the foundation of every retirement plan. And I don’t think they are going to suffer from any fundamental changes any time soon.

So, I'll say this as plainly as I know how... this Roth thing, it’s time to get on board.

Matt Chancey is a fiduciary financial advisor based in Orlando FL. 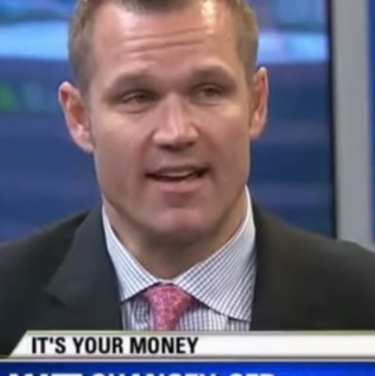