The headline obviously got your attention – as it did mine – when this concept started regaining momentum in recent weeks and months. Now that it did, I’ll tell you why it makes me see red. The “pink tax” is the idea that sellers charge women more than men for the exact same product or service.

There is evidence of it in grocery store aisles across the country – the same deodorant or razor is more expensive in the women’s version than in the men’s. The same exact razor, except for the fact that… you guessed it, it’s pink. And there are other examples outside the grocery store – the hair salon and dry cleaners, to name a few.

Giving something a cute title doesn’t change the fact that it’s systematic discrimination. I’m almost reluctant to use the word “discrimination,” because of the negative connotations it invokes… but I also work with a lot of female clients, and I know the challenges they face, so I can’t help but be a little sensitive. Let’s not forget the fact that women, on average, earn only 77 cents for every dollar men do. So, women are being challenged on the earning side of the market, as well as the spending side!

I applied this concept to my own household, which – in the interest of full disclosure – is littered with pink. I am the mother of a 1-year-old daughter and am hard-pressed to buy her anything that isn’t pink. I bought her a pair of navy blue “boys” shoes last week just to try to buck the trend. They were actually the same price; I’m relieved to say.

My husband spends $20 dollars for a haircut; I can’t escape the stylist’s chair without at least a $100 bill – and that’s at a very reasonably priced salon. Of course, he’s just paying for a haircut… I’m getting color, highlights and a trim. But he’s also told the grey hair around his temples is “distinguished,” while I have never let mine go so long as to find out! (But, I have a general idea of what the reaction would be.) Regardless, there’s no doubt it costs more because the service is more complicated, and requires more time and skill on the part of the stylist.

But then, there’s the dry cleaner (I personally think most of them are overpriced, in general). Still, it costs more to dry clean a woman’s shirt than it does a man’s. Why? An investigative team from NBC News recently put this question – and the entire “pink tax” concept – to the test. To watch the full report, follow this link:

Northwestern University recently conducted a study in which they had men and women call various car repair shops to ask about the cost of having a radiator replaced. Both genders were instructed to sound uninformed on the service and the cost, which runs approximately $365. Women were quoted an average of $406, while men were quoted $383 for the job. Beyond providing further evidence of the pink tax, the other lesson here is we should all be doing our research before making these kinds of inquiries!

So, what’s a girl to do? – I ask, tongue-in-cheek. There is one school of thought that it isn’t so much a “pink tax” as it is “blue discount.” Regardless, most studies on the subject estimate women spend about $1,400 more a year in these extra costs. So, being aware of the price differentials can really add up. Simply buying the men’s version of certain products, doing some homework and shopping around for the best prices could make a big difference in your monthly budget.

I ditched women’s shaving cream for men’s years ago; it’s less than half the cost and lasts more than twice as long… plus, I’d prefer my legs not smell like a “raspberry breeze.” And just imagine what that $1,400 annually would look like invested, with an average 10% return, compounded over 25 years? That pink tax could add up to a whole lot of green.

Jessa Fannin is a Chartered Retirement Planning Counselor and Client Service Specialist at Libertas Wealth Management Group. She is a former broadcast news journalist with more than a decade of experience in consumer reporting. Jessa and her family reside in Lewis Center, OH. 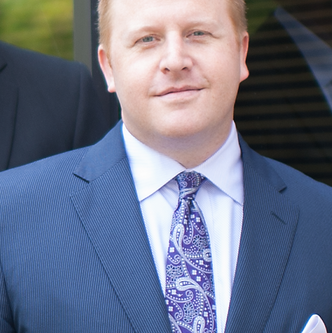