You can make a 2016 contribution to your IRA or Roth IRA as early as January 1, 2016 and as late as April 15, 2017.  It would seem obvious that the sooner you contribute to your retirement account and invest the money, the more money you’ll have by the time you retire.

However, according to research from Vanguard, people are more than twice as likely to fund their IRAs at the last minute as opposed to the first opportunity!  When Vanguard looked back at the IRA contributions of its clients from 2007 to 2012, only 10% of the contributions were made at the optimum point in January, and over 20% were made at the very last month possible.

To demonstrate the type of real, monetary impact this can have on someone’s retirement savings, take the following hypothetical example.  On January 1 each year, “Early Bird” contributes $5,500, while “Last Minute” makes their $5,500 contribution on April 1 of the following year.  Assume that each investor does this for 30 years and earns 4% annually, after inflation.  Early Bird ends up with $15,500 more than Last Minute.  Put another way, Last Minute has cost himself a $15,500 “procrastination penalty” by waiting to make his contribution until the last possible month.

At the beginning of every year, make fully funding your IRA contributions a habit.  (If you’re the type of person who works better when things are automated for you, consider setting up an automatic savings & investment plan in your IRA to save on a monthly or by-paycheck basis.) 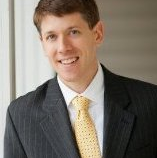