When to collect Social Security is a major concern for many retirees.  Collecting too early means they would be guaranteed to get some money if they were to die at a young age, however, it can dramatically reduce the amount of benefit they receive over their remaining life span.  Collecting later will provide you with a substantially higher benefit, but that is of little use if you are not around to enjoy it.  So, when should you collect?

For each individual the ideal time is different.  In fact, you will not know the perfect time to collect until after your death.  At that point, it is obviously too late.  So, we must make some educated guesses.  There are many aspects of this Social Security “recipe” that should be considered: age, health, income (if you are considering collecting before Full Retirement Age), assets, if a spouse is involved, if your spouse has income, and many more.

Social Security income is perhaps the best form of income you will receive in retirement.  It offers many benefits that other forms of income can’t.  First, it is guaranteed.  Social Security is a program of the federal government.  The federal government has the keys to the printing press.  If their Social Security obligations become too large for their reserves, they can simply print more money.  This causes another problem, inflation, which we will talk about later.  However, it does not change the fact that you will get paid.  The second benefit is that the income is inflation adjusted.  What this means is that as costs increase over time, so does your Social Security benefit.  This is a benefit most annuities or pensions lack.  It might not seem like a large benefit in year 2 when your benefit increases from $1,000 per month to $1020 per month, however, as we discussed earlier, after 10, 15, even 20+ years of these little compounding increases, you will be glad there is an inflation adjusted component to your income.  The final benefit is that Social Security income is tax efficient.  At its worst, only 85% of your benefit is taxed.  It could be even lower than that depending on your total income.

If we can agree, given the points addressed above, that Social Security is perhaps your best source of retirement income; it probably makes sense that we maximize it while weighing it against your other needs.  However, as I previously addressed, how to accomplish this must be determined on a case by case basis.

Solution:  This is where a good retirement planner can once again add value and prevent you from making a tremendous mistake that can have serious implications on your income later in life. 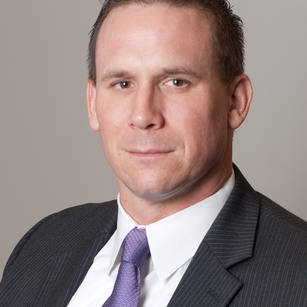