What is a Reasonable Expected Investment Rate of Return? 8-10%?

No.  8-10% is not a reasonable rate of return, even though national investment "superstars" still claim that it is.
Here in Oregon, that point has been driven home . . . again, unfortunately, by Aequitas Management.  The article that follows is long but instructive.  (Thank you Advanced Regulatory Compliance, Inc.!)
But here are the warning signs:

So, enjoy the article.  I hope you learn something from it!
The Securities and Exchange Commission yesterday charged an Oregon-based investment group and three top executives with hiding the rapidly deteriorating financial condition of its enterprise while raising more than $350 million from investors.  Aequitas Management LLC and four affiliates allegedly defrauded more than 1,500 investors nationwide into believing they were making health care, education, and transportation-related investments when their money was really being used in a last-ditch effort to save the firm.  Some money from new investors was allegedly used to pay earlier investors
The SEC’s complaint, filed yesterday in federal district court in Oregon, alleges that CEO Robert J. Jesenik and executive vice president Brian A. Oliver were well aware of Aequitas’s calamitous financial condition yet continued to solicit millions of dollars from investors to pay the firm’s ever-increasing expenses and attempt to stave off the impending collapse.  Former CFO and chief operating officer N. Scott Gillis allegedly concealed the firm’s insolvency from investors and was aware that Jesenik and Oliver continued soliciting investors so that Aequitas could pay operating expenses and repay earlier investors with money from new investors.
“We allege that Aequitas had severe and persistent cash flow shortages and top executives knew they weren’t using money raised from investors like they said they would.  But they refused to disclose the true financial condition, continued to draw lucrative salaries, and roped even more unknowing investors into a losing venture,” said Jina L. Choi, Director of the SEC’s San Francisco Regional Office.
According to the SEC’s complaint:
The SEC’s complaint charges violations of the federal securities laws by Aequitas Management, Aequitas Holdings LLC, Aequitas Commercial Finance LLC, Aequitas Capital Management Inc., and Aequitas Investment Management LLC as well as Jesenik, Oliver, and Gillis.  The SEC seeks permanent injunctions, disgorgement with prejudgment interest, and monetary penalties from all defendants as well as bars prohibiting Jesenik, Oliver, and Gillis from serving as officers or directors of any public company.
Aequitas and the affiliated entities have agreed to be preliminarily enjoined from raising any additional funds by offering and selling securities, and agreed to the appointment of a receiver to marshal and preserve remaining Aequitas assets for distribution to defrauded investors.  The stipulated orders are subject to court approval.
The SEC’s continuing investigation is being conducted in the San Francisco office by Brent Smyth, Crystal Boodoo, and Tracy Combs and supervised by Steven Buchholz.  An examination of Aequitas’s registered investment advisory affiliate, and examinations of other registered investment advisers that recommended Aequitas investments to their clients, contributed to the investigation and were conducted by Thomas Dutton, Bradley Cline, Edward Haddad, Matthew O’Toole, Caroline Smith, Bernice You, Marc Valle, and Alice Schulman.  The SEC’s litigation will be led by Sheila O’Callaghan and Wade Rhyne.
Advanced Regulatory Compliance, Inc. (“ARC”) is a national full-service investment advisory compliance consulting firm backed by its association with The Law Offices of Patrick J. Burns, Jr., P.C., a securities law practice. ARC provides practical solutions to complex compliance issues. Our key services include investment adviser registrations, mock audits, annual reviews, due diligence, development of best practices and ongoing compliance support.  If you have any questions or concerns about this newsletter, please contact our firm at (310) 275-7300. 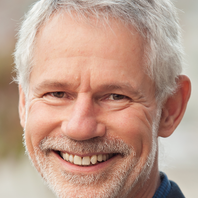 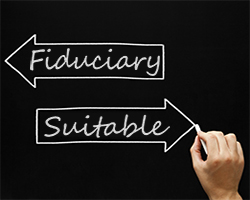