How to Stay Calm in a Volatile Market

It seems like every time we turn on the financial news, there’s another story that’s grabbing our increasingly limited time and attention. Whether it was the economic crisis in Greece, or the more recent slowdowns in China or Europe, these news stories sometimes seem to have a “sky is falling” backdrop.

These situations also make us as investors a bit leery about what to do with our money.

What should we do, then, to make sure we’re investing properly? Is having a hand on the wheel at all times really beneficial? Are our portfolios going to take a dive if we miss one word or phrase thatJanet Yellen utters? Or is there a better way to control all of this without the need to chase every news story?

Consistency over immediacy. If we look at the data, it’s been proven that in a time of market volatility, a consistent approach has been more successful than trying to time the market.

“Individual investors should rarely, if ever, react in a purely emotional fashion to a dramatic short-term move in the market,” Liz Ann Sonders, chief investment strategies at Charles Schwab & Co., says in a report. “We believe it’s the ‘strategic’ [longer-term] asset allocation decision – and the ability to stick with it through the discipline of rebalancing – that will ultimately reap the greatest rewards. These decisions are not a function of short-term market gyrations or forecasts, but are tied to your risk tolerance and long-term goals. Developing and maintaining the right long-term asset mix is by far the most important set of decisions an investor will ever make.”

Pretty simple, right? Just make sure we invest consistently, and don’t go after any of those Silicon Valley start-ups.

We are bad at this. This sounds easy to do, but we as humans don’t always follow through. We are sometimes tempted and distracted by what’s new or shiny, or what could be the next financial disaster.

A prime example is Hillary Clinton’s recent tweet about drug prices. This served as a catalyst for the whole biotech sector to experience a large drop after her vow to target price gouging in the sector. Yes, a single tweet literally sunk that sector for weeks.

So in essence, investors who should know better about timing the market still tried to time the market.

How, then, do we prevent ourselves from chasing the market, not to mention give too much merit to every tweet, post, email and headline and instead invest consistently? Because, let’s be honest – we’re becoming more technologically connected than ever and checking your phone for the 43rd time is now commonplace.

Set up a Ulysses pact. Some of us may remember the story of Ulysses in Homer’s epic poem, “The Odyssey.” In the story, Ulysses tells his crew to tie him to the mast of his ship so he may hear the song of the Sirens, yet not succumb to them. He also plugs his men’s ears so they won’t hear the song and won’t be tempted. By doing this, he’s able to sail past the danger while still being able to hear their song.

The term “Ulysses pact” is derived from this story, as it’s a way to set up a plan ahead of time so more rational thinking can be done before the trouble strikes.

How could it work with your investments? Well, a Ulysses pact mindset could prevent individuals from acting like distracted humans and more like a patient, seasoned investor. While there’s no such thing as a formal “Ulysses pact” document, one might use a more aspirational approach, such as developing a checklist of things to review with their advisor when markets fluctuate: nudges about long-term goals, overall risk profile, allocation constraints, etc. The overall idea is to create a few self-imposed speed bumps to slow the reactionary process, thus helping to evaluate things – as much as possible – from a black-and-white business standpoint versus a potentially more emotional response.

Think of it as a way to help keep your future self from doing something foolish. And let’s be honest, there were probably some other times that we wish we had set something like this up in other areas of our lives.

Think this is for others that don’t have the “right” information? What’s interesting about this is that research has shown that poor investing decisions and even bubbles are not caused by people that don’t have enough information, but by those that might actually have too much information.

In his new book “The Smarter Screen,” behavioral economist Shlomo Benartzi makes this case. He discusses “myopic loss aversion” and how humans end up making decisions based on losses we experience in the short term, instead of investing with a much longer time horizon.

Benartzi also talks about how our highly connected world is accelerating this process: “Two decades ago, we almost certainly had to call our broker with a buy or sell order; if it was a really bad decision made in the midst of a bubble, he or she might have been able to talk us out of it. But now we can make major trades with just a few taps on our phone.”

This immediacy, he says, causes us to not give a decision like that enough time and consideration for how important it actually might be.

He even talks about how those that have less information after a bubble bursts make better decisions and are able to avoid the “herd” mentality that leads to big selloffs. The ability to watch your portfolio on your phone, in real time, can make it very challenging to stay patient and ride out a downturn – but this is exactly what needs to happen in order to invest with a decades, not seconds, time horizon.

As you can see, there are some real benefits to streamlining your investing process and closing that investing app on your phone. So if you’d like to get some of your time back and not have to make scrolling through Twitter for financial updates your full-time job, the Ulysses pact concept may prove helpful.

As behavioral economist Daniel Kahneman once said: ” If there is time to reflect, slowing down is likely to be a good idea.”

This article originally appeared on Gregory Ostrowski's Blog for US News & World Report.  Reprinted with permission.

Opinions, estimates, forecasts and statements of financial market trends that are based on current market conditions constitute our judgment and are subject to change without notice.

This material is for information purposes only and is not intended as an offer or solicitation with respect to the purchase or sale of any security. 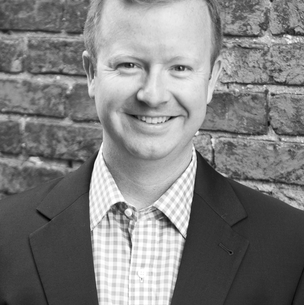