Are Stock Buybacks Good or Bad?

Microsoft announced¹ last week that it has authorized up to $40 billion in stock buybacks this year. Investors may wonder why a company would choose to purchase its stock at a time when the company and both major market indices are within 1% of their all-time highs. Examining the circumstances of buybacks can give a better picture of the company’s beliefs about their prospects for the future and the health of the larger economy.

The mechanics of buybacks, or stock repurchases, are simple. A company’s board authorizes a repurchase and then uses company cash to buy shares on the open market. These shares are retired, thereby reducing the number of total shares outstanding.

This transaction has long caused investor skepticism due to a fear that management is trying to engineer the stock price. A lower number of total shares means that earnings per share, a key metric followed by analysts (and also often used to determine management bonuses!), increases. Historically, companies that announce an authorization to repurchase stock can expect a short-term bump in stock price, similar to when a dividend is announced, even though the authorization isn’t a guarantee. Moreover, some may read a repurchase as an indictment of a company’s long-term prospects. If the best way for management to employ capital is to give it to investors, they must not have a pipeline of opportunities for investment in profitable new projects.

Although these misgivings are rational, there are some arguments supporting share repurchases. When management chooses to buy company stock with their cash instead of any other possible investment, this signals optimism in the long-term prospects of the company. Warren Buffet indicated in the 2015 Berkshire Hathaway Annual Report² that at a price of 1.2x book value, the stock is too much of a steal not to repurchase. Even without a telegraphed metric like this, management may have good reason for a buyback. Repurchase announcements are historically met with a period of increased stock price and lower volatility, which lowers the firm’s total weighted average cost of capital, making future investments relatively cheaper. This may be a prudent plan if management believes the economic environment for reinvestment will be favorable in the medium term.

Clearly there are situations when stock buybacks can be positive or negative. This is yet another situation where it helps to know what you own. A company with a strong history of returning cash to shareholders via buybacks is less likely trying to influence short-term prices. This is the case with Microsoft, which has a strong history of dividends and buybacks. If this is not the case, it’s wise to give a critical overview, as investor psychology has always and always will weigh heavily on short-term stock prices. 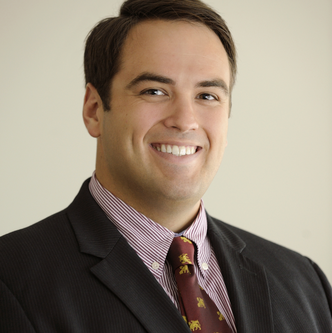