Home>Financial Articles and Q&A>Articles>Trump Seeks to Halt the DOL’s Fiducia...

Trump Seeks to Halt the DOL’s Fiduciary Rule: Why a Fiduciary Advisor is So Important for You

Many people are under the mistaken belief that their Financial Advisor is a Fiduciary; however, that might not be the case. The DOL Fiduciary Rule was passed last year with an effective date of April 2017. The rule raises the level of care that Financial Advisors are required to provide on 401(k), Profit Sharing, or defined benefit plans to a Fiduciary standard when providing advice by putting clients’ interests ahead of their own. This rule also requires Financial Advisors to act in a Fiduciary capacity when rolling over 401k money to an IRA.

What is all the commotion all about the Fiduciary Rule?

As part of an effort to scale back rules put into place by the 2010 Dodd Frank law, on Friday, Feb 3rd 2017, Trump issued a memorandum requesting the labor secretary to rescind or revise the Department of Labor (DOL) Fiduciary Rule. The President’s memorandum paves the way for an eventual delay or outright repeal of the rule.

The DOL appears to be yielding to the President’s memorandum by filing documents seeking approval from the Office of Management and Budget outlining a 180-day delay of the rule and would initiate an entirely new public comment period on the rule itself.

AEPG’s Steven W. Kaye, CEO and Founder of AEPG Wealth Strategies was quoted on the subject in Financial Advisor IQ article ”Trump’s DOL Rule Directive Gets Mixed Reception from FAs” by Murray Coleman, Thomas Coyle on February 6, 2017, “Kaye worries that a delay of the DOL rule will “create more confusion" in the market. Kaye has been telling clients and prospects about the basics of the new rule. This has taught him that novice investors are particularly unaware of such regulatory issues. As a result, he worries these “uninitiated” investors will be “vulnerable” as a result of the delay. We’ve already been telling investors about the importance of conflict-free advice,” Kaye says. Now, we’re going to be shouting that message from the rooftops.”

While the DOL rule is focus on advice for retirement plans, it is a step in the right direction for a universal Fiduciary standard for all investment advice. The rule has prompted brokers to look to improve their policies and processes, but a repeal of the rule leaves them with no obligation to adhere to a Fiduciary standard.

However, even without the DOL Fiduciary Rule Employers & Individuals can still work with a Fiduciary Advisor, but they have to seek an Advisor that will act in a Fiduciary capacity and put it in writing.

Why is a Fiduciary important?

As Fiduciary Advisors, we believe that clients should be put first ALWAYS and if there are potential conflicts of interest, they should be disclosed to clients. The brokerage based Advisors follow a suitability standard, a sales relationship, meaning that the products they sell must meet minimal standards as appropriate for an individual. Fiduciary advisors compensation is often called fee-only or fee-based because their fee or compensation is based on the overall assets managed or a flat fee for management and solutions that they provide to clients. Brokers on the other hand are usually compensated based on commissions for the products that they sell.

Imagine the conflicts that may arise when brokers are paid based solely on the funds and investment products in your fund’s investment lineup? What if the funds are offered by the same brokerage company as the advisor? By contrast, compensation based on the size of the plan or a negotiated flat fee can significantly reduce if not eliminate many of the conflicts cause by compensation that is linked to products.

So to recap, when one is seeking an advisor, they should seek an advisor that:

1. Will ALWAYS act as the plan’s Fiduciary at all times and sign a pledge or agreement to that effect and

2. Compensation is aligned with the best interests (i.e. no commissions on investment products that are recommended to you) 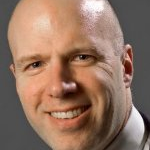