Take Your Lump Sum and Run!

In the good ol’ days, having a pension was about as good as it gets for a retiree. Nowadays, even pensions aren’t guaranteed. Stockton, CA filed for bankruptcy this summer, and part of its restructuring plan included cutting retirement benefits for current retirees. That is almost unheard of in the pension world—even more so in the government pension world!

It’s not so unusual in the private sector, as you may remember many stories in the press about private employers cutting pension benefits for future retirees (fairly common) and current retirees (not so common). Just recall some of the airlines that have filed for bankruptcy in the last decade or so. And nowadays, auto makers like Ford and GM are offering current retirees the “opportunity” to switch from their monthly pension payments to a lump-sum benefit.

Why are the auto makers doing this? To save money on their pension plans. Cost reduction, pure and simple.

The IRS has issued at least two private-letter rulings this year allowing a current retiree to switch from a pension payment (annuity) to a lump-sum distribution, after the pension was started. In the past, once you made a payout decision (for either an annuity or a lump sum), that was it; no changes allowed. Most employers weren’t interested in allowing changes either.

But it’s a new world now, and knowing that public and private employers can cut your “guaranteed” retirement benefits when needed at some point in the future, taking the money and running may be a smarter move going forward. If you do take the lump sum offer, be sure to roll it to an IRA, so you avoid any nasty tax bills.

Once your old pension money is in your IRA, you can still create a pension-like investment by purchasing an immediate annuity with all or part of it. Think of it as your own personal pension, but with more control than you would have had with your employer. You can start your personal pension whenever you want (assuming you are older than 59 ½ to avoid a 10% penalty tax), not just because you retired from work. You can use just a portion of your money to create your pension, and increase that amount whenever you want by buying additional annuities (it was all or nothing with your employer).

In short, taking the lump sum option gives you more control/flexibility, and it protects you from financial problems your former employer may face down the road in your retirement. Do you think anyone who retired from the city of Stockton back in 2000 ever thought their pension would be cut just 12 years later?? What may happen to your employer over the next 2-3 decades? Rather than face 20-30 years of potential uncertainty, take the pension money, as a lump sum. And run to your IRA. 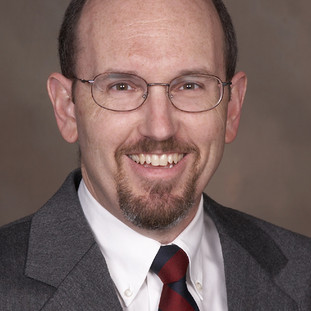