Legacy planning3 is a lifelong endeavor that requires patience, discipline, a strong work ethic and proficiency when it comes to the subject of money and taxes. Being “wealthy” should not only be defined in numerical terms. Otherwise, what good does having a lot of money do for the people who are unable to enjoy it, because they are not in good physical or psychological health?

For example, we have all heard about celebrity athletes who, despite having earned millions of dollars while playing professional sports, find themselves in bankruptcy. A myriad of problems may have led to their financial ruin: marital infidelity resulting in divorce, hefty alimony settlements, financial illiteracy, out-of-control spending, poor investment choices, getting swindled by unscrupulous business managers, etc.

Therefore, being “wealthy” has to entail more than having millions of dollars. Ever hear of a person who won the Lotto, only to have nothing to show for it a few short years after winning? According to a 2006 report published by the Camelot Group, 44 percent of Lotto winners spend their entire winnings in five years.In order for the wealth to last and leave a legacy for the next generation, consumers must have a sustainable plan to ensure the longevity of wealth.

Looking at the African-American community, a major area where we need to improve in order to strengthen our ability to create and sustain wealth is becoming financially literate.

A major differentiating factor between those who understand how money works and how to make money work for them has everything to do with becoming literate on the subject of money and personal finance. According to the 2009 Consumer Financial Literacy Survey, “54 percent of African-Americans, significantly more than their white counterparts, strongly agree that they could use answers to everyday financial questions from a professional.” This survey also found that “African-American adults were less likely than Caucasian adults to have learned personal finance information from school.”

The disparity of wealth between white and black households has a lot to do with education. Many African-Americans who are investing today, whether through their company sponsored retirement (401k) plan4, an IRA/ROTH IRA or in a regular taxable brokerage account, are first-generation investors. Thankfully, because of the Internet and online trading resources such as “E-Trade” and “TDAmeritrade”, African-Americans are now more likely to explore opening a brokerage account and buying stocks and mutual funds.

At many large brokerage firms, the percentage of African-Americans who are employed as financial advisors is around 2 percent or less! Given such abysmally low percentages of African-American financial advisors in the United States, should we be surprised by the wealth disparity between white and black Americans? According to economic survey data taken from 2,000 U.S. families who were interviewed every three years between 1984 and 2007, researchers have found that the wealth disparity between white and black households has more than quadrupled regardless of income brackets, according to a recent study conducted by the Institute on Assets and Social Policy (IASP) at Brandeis University.

In 1984, the average white family in the sample group held around $20,000 more in assets than the average black family. By 2007, the “racial wealth gap” had increased by $75,000. However, taking into consideration the most recent data, the average white family had approximately $630,000 in wealth, compared to just $98,000 for African-American families and $110,000 for Latino families. In fact, prior to the recession caused by the lack of regulatory and financial oversight on Capitol Hill and Wall Street, White families on average were about four times as wealthy as non-white families, according to the Urban Institute’s analysis of Federal Reserve data. By the year 2010, White Americans were six times as wealthy as African-Americans.

Becoming financially literate will also strengthen the ability of many blacks to recover from the devastation caused by the Great Recession. Recovering is not simply a matter of watching the value of your 401(K) reach the level that it was at before the recession. If you do not learn how to properly diversify your portfolio6 (whether your portfolio is comprised of real property or stocks, bonds and mutual funds) in such a manner so that it will endure through the next financial crisis, you will inevitably repeat history in terms of the value of your investments.

African-Americans must place as much of an emphasis on becoming financially literate as we do on getting a four-year college education! If financial literacy continues to elude the black community, then getting a quality four-year college education will be out of reach for many of us, because of the rising cost of attending college. The present and future financial sustainability of a strong black middle class is dependent on African-Americans becoming more financially literate today so that tomorrow the African-American community will have a fighting chance to close the ever-widening wealth gap that has always existed between whites and blacks in America, which unfortunately, have become even wider in this post recession era.

A quote that represents my business philosophy7 as a wealth-management advisor and personal-finance educator is borrowed from a man whose material and spiritual wealth has been spoken of through the centuries. His name was King Solomon. He said, “How much better it is to get wisdom than gold! And to get understanding is to be chosen rather than silver!” (Proverbs 16:16)

Martin A. Smith is the President of Wealthcare Financial Group, Inc. a retirement planning and investment advisory firm. He is also a personal finance blogger and founder of Answers About Wealth - www.answersaboutwealth.com 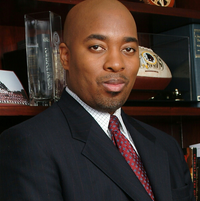