It's Time To Start Your Own Stories

I was recently inducted into Cliffside Park’s Hall of Fame. Not so much for what I did while in school there, but what I did afterwards. I had 38 professional fights, many of which were main events in Madison Square Garden, and I was rated as the No.9 heavyweight contender in the world and No.6 in the United States.

I am proud to follow Gus Lesnevich, the light heavyweight champion of the world in the 1940s into the hall of fame. I remember him when I was a kid working at the Palisades Amusement Park pool. We were both lifeguards; he in the 1930s, me in the 60s. My mother went to school with Gus and I went to school with his kids. We also had the same manager, Joe Vella.

I ended my speech at the hall of fame dinner talking about beginning my financial career as the branch manager of the Garden State National Bank in Cliffside in 1978.

Back in those days, before personal computers, cell phones, fax machines, ATMs and electronic banking, the bank would be flooded with senior citizens on the third of every month, who came in to cash or deposit their Social Security checks and schmooze. Things were a lot simpler then, and we baby boomers had not begun to collect Social Security. Now that we are, things are more complicated.

Here is an example of two widows who had ignored their widow’s Social Security (SS) benefits. For one, there were no consequences.  For the other, there were. The first one is not yet 60 years old, so no loss occurred.  The other, who is now 66, could have been collecting since she was 60, but in the world of SS there are no “do over’s.”

Widow One thought that it didn’t matter because she had made more money than her husband. Yes it does!  In order to qualify for a widow/widower’s benefit, you must have been married for ten years, and you may have to prove it with a marriage and death certificate.

She called SS to inquire if she qualified for a widow’s benefit, and was pleased to find out that after submitting the documents requested, she would be entitled to a widow’s benefit of $1,551 per month at age 60.

Great! She will benefit in a couple of ways.

First, she will collect a benefit at age 60 which is two years earlier than collecting “early” at age 62, which comes with a 40 percent reduction.  Second, she can continue to collect her widow’s benefit until age 70 at which time she will be entitled to more money than had she applied at age 66.

You see, if you expect to live past age 73, it may make more sense to forego collecting at your Full Retirement Age (FRA) which is 66 if you were born before 1955 and wait until you age 70 to collect a higher amount.  In her case, the numbers are $2,331 at 66 and $3,069 at 70. But she has a leg up because instead of collecting 0 between 66 and 70, she receives her widow’s benefit until age 70 at which time she begins to collect on her own ticket.

Widow Two did not fare as well because she was 66 years old when she looked into her widow’s SS benefits. She called and was told that, although, she was eligible for a widow’s benefit at age 60, they would not pay her what she had missed because she didn’t file at age 60.

Where it may not be to your advantage is when someone, due to illness, might not make it past age 73.

As you can see from the above, everybody has a different story, kind of like the closing narration to the 1960s TV show, “The Naked City”:"There are eight million stories in the Naked City. This has been one of them."

Perhaps you should to begin to work on your story?

This example is for illustrative purposes only.

The content was featured in Randy's column in The Ridgewood News on December 13, 2013. Click here: Neumann: Don’t overlook your Social Security benefit 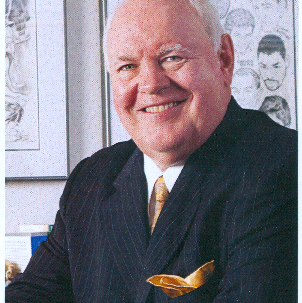