Home  >  Financial Articles and Q&A  >  My husband and I are about to make the leap from being...

My husband and I are about to make the leap from being students to having salaries for the first time. Would a financial adviser be able to help us transition from living paycheck-to-paycheck to starting to think about the future?

I am graduating with an M.D. and my husband with his B.S. I am about to start a new job and he will be beginning the search for one. Our biggest concerns are whether or not to buy a home and how to pay off student loan debt. 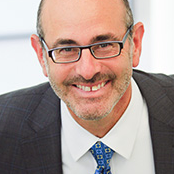 Congratulations to you and your husband on your accomplishments. My advice is simple. Start saving now. Put together a budget and live within your means. If you employer provides a 401(k) plan start contributing right away on a pre-tax basis through salary deferrals. For 2013 you can contribute a maximum of $17,500 for the year. If you have set up IRA accounts contribute to them as well. The maximum IRA contributions for 2013 are $5,500. Good luck to you both.

Disclosure: The posted information is for informational purposes only. This message does not constitute an offer to sell or a solicitation of an offer to buy any security. All opinions and estimates constitute Karp Capital's judgment as of the date of the report and are subject to change without notice. Accordingly, no representation or warranty, expressed or otherwise, is made to, and no reliance should be placed on, the fairness, accuracy, completeness or timeliness of the information contained herein. Securities offered through Financial Telesis Inc., member SIPC/FINRA. Financial Telesis Inc. and Karp Capital Management are not affiliated companies.

Hi Jera. You're on a platform full of financial advisors so I have to think most are going to say "Yes! Of course you need an advisor!" But unless you've got some significant assets (you obviously have some money or you wouldn't be talking about buying a house, I think?), you're going to have a hard time getting unbiased advice. Are you through your residency? I mean, is your income ~$30K or is it ~$300K? If it's the latter, you do have some strategic planning to do, however you said you're going to have a salary for the first time, so I think you're in your residency. You would do well to get yourself set up paying down your student loans, and create a habit of saving for retirement. I wouldn't worry too much about buying a house right away. Each house you buy costs about $20K - $25K in transactions costs (points and closing costs, I was a mortgage lender in a previous life), and you're just getting established. Unless you're 100% sure that you're not going to move any time soon, I would say take this time and rent. Save 3 months of expenses in a savings account, and keep saving for a house using CD's, then set up automatic retirement savings. When you've got all the wheels turning (student loans being paid off, retirement savings automated, 20% down payment saved), that's financial health and a great foundation for you and your husband. If I'm right about the residency thing, and your income is going to increase SIGNIFICANTLY in the next few years, just wait to buy until you're on full doctor salary. Does that help?

Hi Jera! The short answer is "Yes!" as long as you choose the right person. Be sure to shop around for a fee-only financial planner who acts as a fiduciary for you. The titles in our industry are confusing and many advisors hold themselves out as planners when they do other things such as sell products or manage money. It sounds as though you would benefit from a financial planner who can work with you to create a budget and set goals for the future. Planners can help you put processes in place to save for a home and pay off debt. A good planner is also an educator who can help you determine your insurance needs, walk you through your benefit package at work, and look explain how to start retirement savings. Good luck with your search! 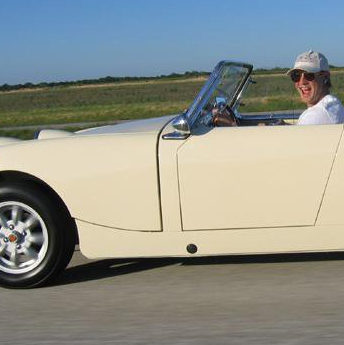 Congratulations to both of you. I remember how proud we were when our daughter completed her Masters in Psychology.

In order to answer your question, I need to share a story with you.

My first Physician client, back in the 80's had just graduated, completed his internship, and residency. He and his wife had three children. They had lived hand to mouth for years while he completed his education in Ophthalmology, and were living in a "too small" house when we first met.

One day when he was in the office, and we were working on a "road map" to determine what he needed to do next, I noticed a change in his demeanor. It was almost as though he was a bit angry. I stopped the interview at that point, and asked him what was wrong, thinking I had somehow offended him.

His answer, however, surprised me. The thing he was angry about, at age 32, just now starting to practice, to to make a livable income for the first time in his life... was that after an additional 14 years of education after high school... he had only had about 6 hours of business and finance education.

I responded that after years of education (and continuing education) in Finance and Accounting myself, I'd had exactly ZERO classes in eye surgery.

So, that was the beginning of a great relationship. We made a deal that day... that I would agree not to perform any eye surgery as long as he agreed to not do any Financial Planning on his own.

Assuming you want to buy a new home at this point, consider how long you want to remain in your area. If you love the area, and have no plans on moving elsewhere, you might consider that. On the other hand, if you're thinking about relocating soon, I'd probably consider renting for a bit longer and paying down the debt. No debt usually affords you much more freedom down the road.

I think you need a master plan, and because you are both just out of school, with promising, but perhaps currently limited income potential, and in general, a very promising, but as yet undetermined future, you need a master plan that can change. I don’t think anyone will have all the answers. But you and your husband have the keys, such as – do you plan on starting a family at any time in the future, are you both happy in the geographic are you are in, or do you think you might be moving, your lifestyle in general, etc.

I would advise you to be slow and steady; you should look for a financial advisor that you can relate to and you share each other’s values. It may be difficult because it appears you have no assets today to speak of. But they are out there. I would be excited to have you as a new client, as I see huge potential for you and your husband, and I am in the business of giving advice.. and I am not soliciting you ; I do not even practice in Arkansas. The CFP® Board holds ‘Financial Planning Days’ as well as ‘Financial Planning Clinics’ in selected geographic areas. They have helped thousands of people like you on a pro-bono basis. Go to http://cfp.net/public-policy/consumer-outreach for more information. And search around; ask friends, associates, relatives you respect for a referral.